Liz Connors has her Masters in Social Work from St. Louis University. She is currently working at the Missouri Institute of Mental Health on the Connecting the DOTS Project, where she strives to transform interactions between first responders and people who use drugs, as well as enhance resource networks in high-need communities to help overdose survivors get connected with services. Her previous role was as the Counselor Supervisor for the State Opioid Response (SOR) program at Gateway Foundation, a treatment agency in St. Louis. In that role, she coordinated new admissions each day in addition to providing individual counseling services for clients and facilitating meetings within Gateway and their partner organizations. She has a passion for her work and a drive to make a difference in the lives of individuals and on a broader scale to reduce overdose deaths and increase access to treatment. Liz’s passion for her work comes from her own personal struggles with addiction and from years of working in the field and experiencing with her clients their struggles and barriers to recovery. 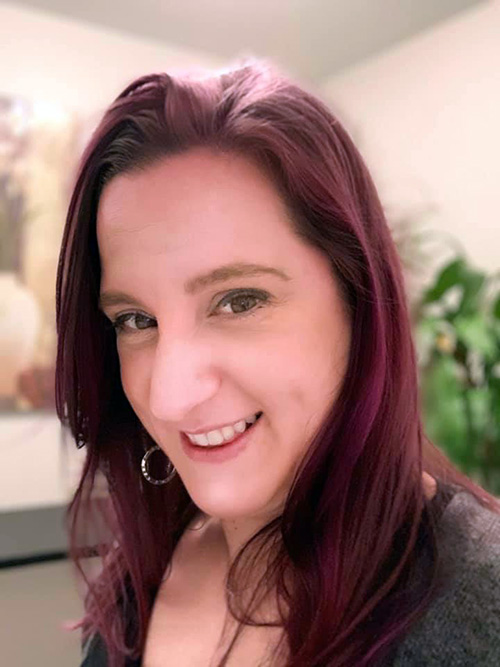 Liz was born and raised in St. Louis, Missouri. Her mother struggled as a codependent and her father struggled with addiction. Substance use disorder goes back five generations in her family. In addition to substance use disorder, mental illness was another genetic component in her family lineage. Her grandmother had schizophrenia and was unfortunately not very stable even with medication. Liz’s family is just one prime example of this genetic component to the disease. A person doesn’t choose to struggle with a substance use disorder. No one wants to live day to day searching for a drug. They don’t want to lose everything: money, housing, transportation, and family/friends. A person doesn’t choose to struggle with a mental health disorder. They don’t want to coop themselves up in their homes avoiding contact with others. They don’t want to wake up and wish they hadn’t. Often they have a genetic predisposition to these disorders.

She lived with her mother and grandparents growing up. The pattern in her family was a lack of communication. They didn’t talk about substance use or mental health disorders even though they were surrounded by their effects on a daily basis. Substance use disorder has a rippling effect on the family extending from generation to generation. Children who grow up in households with these disorders often develop common issues like fear of abandonment, difficulties communicating, an inability to set and keep boundaries, and problems in future relationships. The child’s needs often come second to the alcohol or drugs. That being said, with the effects extending from one generation to the next, it is important to end the cycle. By overcoming her substance use disorder, Liz has recovered for generations moving forward. She is working in the field and hoping to help stop the cycle for other families, as well. One way she is stopping this cycle is by sharing her story and communicating openly about substance use disorder just as it should have been communicated to her when she was younger and dealing with the effects of addiction daily.

Substance use and mental health disorders aren’t talked about as much for several reasons. For some it may be that they don’t feel comfortable having these conversations. In some cases, it may be that there is a lack of knowledge on the topic. And it could also be denial: the idea that if we don’t talk about it, it’s not really happening. These open conversations need to happen to properly equip children for their futures. Liz said, “As a kid, I didn’t understand what addiction was so I didn’t know how to avoid falling into that.”

She did end up falling into this trap and lacked the skills and knowledge to realize, first, that she had a problem and second, how to effectively combat it. Liz shared that her mom gave her a drink for the first time at eleven years old. Much like how Liz grew up without an understanding of substance use disorder, her mother likely did, as well.

She explains that her drinking and drug use didn’t accelerate until high school. Junior year, she was dating a drug dealer and by senior year she was so far into her disease that she almost didn’t graduate. She described it as getting a pity diploma. “I think they felt sorry for me,” Liz said, “because I was ‘troubled’.”

There is this idea that high school and college students can’t be addicts or alcoholics. They are too young. They will grow out of it. But that’s exactly where it starts. Liz was blacking out from drinking too much at sixteen years old, and drugs were available to her as they are available to kids today. In addition, Liz didn’t know how to communicate her feelings at a young age. She didn’t know why she was going to drugs and alcohol. People in her life including teachers knew she was “troubled” or going down a slippery slope; they most likely knew she was using drugs and alcohol. But she graduated, so she didn’t face the consequences early on perpetuating that use.

Things only got worse in college where Liz explains that partying became socially acceptable. Liz said, “There were a lot of warning signs that I was abusing alcohol that were completely ignored because of this sort of socialization that alcohol is okay and alcohol is different.”

Some college students may grow out of it after they graduate, but for Liz and many others, their drug and alcohol use continues to spiral and get worse. Their drug of choice eventually takes control. By the time Liz decided to get sober, she had lost everything. She kept getting fired from jobs, she was homeless and staying on people’s couches, her marriage was falling apart, she never saw her family, and she had few friends. Liz said, “The only people that I was around were other people who drank and they were just as dysfunctional as I was so I didn’t want to be around them and I didn’t want to be around people who were healthy because I was ashamed…I just felt like I was spinning my wheels.”

She had poured out her alcohol more times than she could count, but there was one moment that she remembers distinctly. After a night of partying, staying up late, drinking and doing drugs, she woke up, turned over, and immediately reached for her Percocet on the nightstand. It was at that moment that she realized she needed to make a change. And she did.

She immediately involved herself in a 12 step program and as she stated, “hung on for dear life until things started to make sense.”

She distanced herself from people she previously used with, which she described as a lonely process. Getting sober is initially lonely, but finding recovery includes finding a support system of like-minded people who bring out the best version of you and vice versa. She found her support system, and those relationships continue to thrive today because they are not based on alcohol, drugs or partying. They are based on common interests and communication, something that Liz has learned in her recovery. 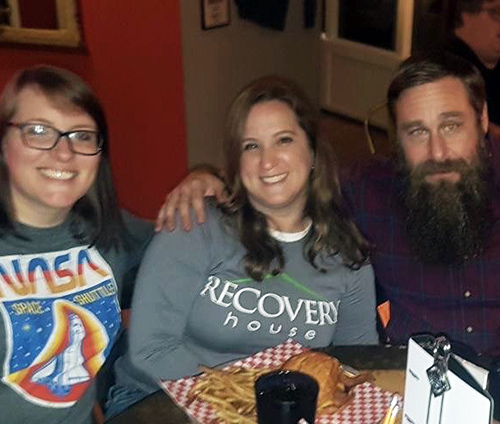 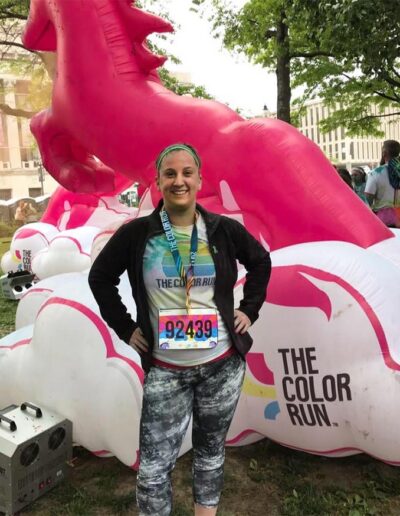 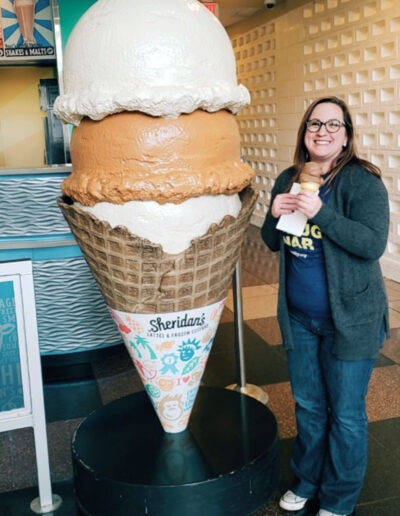 Liz shared her recovery story with her clients and used her skills as a clinician to invoke change. She gets a great deal of fulfillment from her career. Liz said, “As a clinician, it’s really neat when you see the light bulbs come on for somebody.”

She goes on to explain how a former client of hers was outreached by an EPICC recovery coach, was referred to Gateway, made it to his appointment with nothing more than a backpack, and is now stabilized on medication, has successfully completed treatment, and has a job in the treatment field as a certified peer specialist. Liz explains that she got to see her clients get stronger and apply the things they’ve been working on in all areas of their lives.  Now working at the state level, Liz has the opportunity to utilize her personal and professional experience to impact systemic change. On the Connecting the DOTS project, Liz works to connect overdose prevention and response initiatives and reduce fatal overdoses through increased training and Narcan distribution for first responders, further breaking down the stigma of addiction.

These success stories give Liz the drive she needs to continue to do this work on a daily basis. She is a strong individual who has overcome a great deal and is spreading her knowledge and her hope to others at their lowest points. Liz has saved lives, and she will continue to fight for her clients.