Speak to an Advocate for Hope 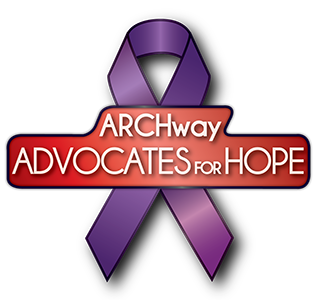 Advocates for Hope includes individuals in recovery and caregivers affected by addiction. Both are able to offer support, based on their own personal experience.

Often ARCHway’s requests for help are from individuals and families like you, who don’t know what to do or where to go for help. They feel alone. They are fearful. And they feel like there is no hope.

Our Advocates for Hope can provide emotional support and help guide you towards the right resources whether that be treatment, recovery housing, or community support.

This process can start with one of ARCHway’s Peer Advocates.

These individuals have the knowledge and experience to guide individuals and families towards a path of recovery. They can also direct you to ARCHway Institute’s additional advocates: caregivers, counselors, and professionals.

Colton Baker is in long term recovery and is a Certified Peer Specialist. As an ARCHway Institute Advocate for Hope, Colton provides support through his lived experience and connects people to the resources in their area. He is also contracted through NCADA to educate the public on opiate use disorder, medication-assisted treatment, and naloxone distribution. In addition, Colton is Lead EPICC Recovery Coach with Comtrea where he works to engage clients in treatment services throughout the Eastern region of Missouri. [Contact Colton]

David Aumiller is in long-term recovery. He worked as a Certified Peer Specialist with Assisted Recovery Centers of America (ARCA) and as a manager at Recovery House in St. Louis. David also has experience with case management and crisis intervention among conserved individuals in California. While in CA, he helped with community outreach for the homeless population as well.

As an adolescent, David began using drugs and alcohol. He started abusing prescription painkillers after being diagnosed with cancer at 18, and he would continue to spiral downward after the death of his mother the following year. David used a myriad of alcohol and drugs to cope with the loss of not only his mother, but his cousin, grandparents, several close friends, and finally his father, who passed due to ALS a few years later. Throughout his struggles with addiction, David has survived overdose, prison, and periods of homelessness.

Through his experience with the hardships of addiction, David now uses his recovery to inspire and relate to those still suffering and struggling to cope with the insidious and baffling nature of this disease as well as to provide support to caregivers who, exhausted, find themselves equally despondent. David has been a part of ARCHway for many years, and welcomes the opportunity to help and provide support to others. [Contact David]

From Heidi:
“My name is Heidi Schmeling, and I have been in long-term recovery from heroin addiction since December 2012.  I used heroin on and off for 8 years and hit my rock bottom when I gave birth to my son born addicted to heroin.  At that point, I stopped trying to do things my way and started taking suggestions from others. And my life started to change. I went to outpatient treatment, began Family Drug court, and saw an individual counselor. I attended group therapy, 12-step meetings, PTSD classes, and I was on medications to help with my transition to a sober life.

Today, I have a beautiful life with a healthy son, and I am grateful to be able to be there for every moment of his life and growth. If my story can help just one person, if I can give hope and show them that there is a way out, then it was all worth it.  I hope that my experience can help others, and I would love to be of any service in any way that I can.” [Contact Heidi]

Jordan Hampton is in long term recovery and is a Certified Peer Specialist. As an Advocate for Hope with ARCHway Institute, he is also able to work with The National Council on Alcoholism and Drug Abuse (NCADA) in their TCP Program (Transitional Counseling Program).

Jordan works mainly with adolescents who have been caught at school with anything substance-use related.

In addition to this position, Jordan is the Executive Director of Recovery House, which provides a stable and supportive living environment for as many as 120 men. He is also a member of MOCRSP (Missouri Coalition of Recovery Support Providers.) [Contact Jordan]

John Singer is a manager at Recovery House of Saint Louis, where he guides peers in transitional living. He is also the Lead Peer Specialist at MoBetter Living LLC, another recovery housing provider in the St. Louis area.

From John:
“My name is John Singer. I am a person in long-term recovery. I started my journey face down on probably my hundredth rock bottom. It took me a long time to finally surrender and ask for help, but once I did, I never looked back.

With the right resources and by moving into sober living, my life has taken a turn for the better. My life has meaning and purpose today, and I have a passion for helping people who are in the exact same place I was at one time.

To those struggling, I know you may feel lost and confused about what to do, but I am here to tell you that there is help and a better life waiting for you. Please feel free to contact me anytime. Thank you.” [Contact John]

Jacob Dunavant is a young man in long term recovery from substance use and mental health. Jacob is a Certified Peer Specialist working with the Assisted Recovery Centers of America (ARCA). Jacob is also a manager at Recovery House in St. Louis.

In the past, he struggled with heroin, fentanyl and meth. He also knows what it is like to try to maintain a relationship with his children’s mother, lose custody of two young children, become homeless, address past legal wreckage, and eventually overcome all of these in his recovery.

Jacob uses his lived experience of recovery from a mental health condition and substance use disorder to provide non-clinical, strengths-based support to others experiencing similar challenges in order to positively impact the recovery community and connect individuals to life saving care. [Contact Jake]

As Dan explains, “Jan and I got involved in ARCHway based on our own experiences trying to help family members and friends fight an addiction disease  as Caregivers.

My experience trying to navigate treatment options including wide ranges of costs for services was mind boggling for me. At that same time, I was in crisis mode as a caregiver and was dealing with my own depression over what was happening to my loved ones. They say addiction is a family disease because it impacts the entire family.

I became passionate about helping others by sharing our experiences and by helping others navigate the available services out there by connecting them to professional resources that they desperately need to connect with. Most of all I found others, like myself, that needed someone to talk to who understood what they were going through.” [Contact Dan]

According to Jan, “Dan and I got involved in ARCHway after watching our son battle his addiction to heroin. We wanted to move forward by helping others who are also walking this path and want help.

As a caregiver, I found myself exhausted trying whatever we could find to get him the help and treatment he needed. In addition, we needed to know what our role was in regards to helping and not enabling.

I find now, knowing there are others out there for support and who have walked in our shoes, is so very helpful and comforting. In this way, I would like to help others.” [Contact Jan]

We urge you to speak with one of ARCHway Institute’s Advocates for Hope!

Please fill out this confidential form. We respond to all requests within 48 hours.

The Advocate For Hope interaction is delivered by an individual with lived experience, making a connection to an individual in need.  The individual in need could be a person with a substance use disorder or the caregiver of that person. Ongoing services such as peer recovery coaching, counseling, recovery housing, treatment  or medical services are not part of the ARCHway Advocates For Hope program.