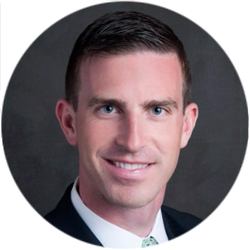 David currently works as a private equity investor at Battle Investment Group, an investment firm focused on the US defense/security, government, & industrial markets. Prior to joining the Battle Group, David practiced corporate law at Bryan Cave Leighton Paisner where he focused primarily on M&A transactions.

David also served 7 years in the United States Marine Corps Reserves as a logistics officer. David received his Bachelor of Arts degree from Furman University and his Juris Doctor from the University of Georgia School of Law. He lives in New York City with his beautiful wife and is extremely passionate about the mission of ARCHway Institute.

He also serves on the board of the Ben Lucas Foundation, a partner organization of ARCHway that he and several friends from Furman founded in 2015 to honor the memory and legacy of a younger brother who was tragically taken too soon.